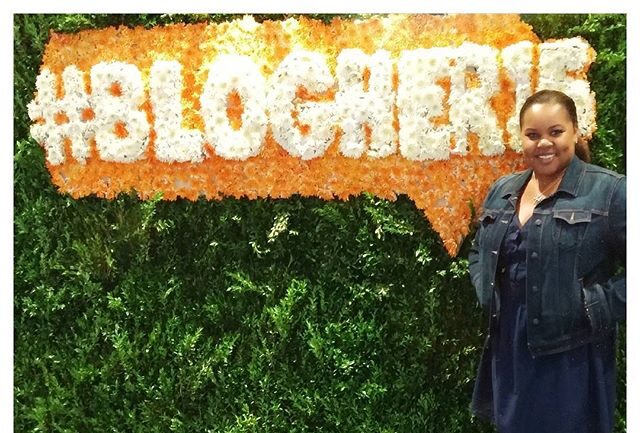 Tweet
Share
Pin
Share
Share
Last week, I attended my first BlogHer Conference here in New York. Now in it’s 11th year, the BlogHer Conference is an annual event that brings bloggers and brands together for three days of inspiration, information and connection. This year’s theme was ‘Experts Among Us’ that focused on recognizing the wealth of information contained in your peer group which, by the way, includes you.
Though BlogHer is specifically for bloggers and women who work in media, there were many key points that could easily apply to every woman’s life. Here are a few takeaways that resonated with me. I hope you’ll find them useful as well.

BlogHer15 Takeaway #3 ~ You know more than you think you do

The theme of ‘experts among us’ was particularly strong throughout the keynote addresses and panel discussions. In other words, the answers you seek are closer than you think.How often do you have a Wizard of Oz ‘Dorothy’ moment? You launch yourself on a quest for answers and information only to discover that you already knew the broad strokes and most of the fine details you were seeking. I am guilty of doing this time and again because oftentimes I think there’s a great big pot of crucial information that I’ve yet to stumble upon and until I do, I don’t necessarily have the confidence to put my plan in motion. We all need to have fewer Dorothy moments and more ‘Just Do It’ Nike moments.The next time you’re looking for answers, mine your own knowledge base on the subject first. Then ask one or two in-the-know friends to see if there’s something you’re missing. You’ll likely be surprised at the sheer volume of information that’s right at your fingertips.

BlogHer15 Takeaway #2 ~ Own your creativity and your work

One of the major highlights of BlogHer15 was the #BlackLivesMatter / #WomensLives opening keynote address. Black Lives Matter was birthed on Twitter and has taken over the equal justice narrative in the wake of the murders of black women and men in the US at the hands of police and vigilantes. Say what you want about hashtag activism but the #BlackLivesMatter movement has served to shape the dialogue and actions around equal protection for black people in this country. It’s so powerful and pervasive that the current crop of presidential candidates must demonstrate how they square with the movement or risk political suicide.

The thing is, I never thought about how the hashtag came about, who created it and what, if any, organizing structure was behind it. It was just suddenly there, it came out of the ether. I’m downright embarrassed by my own naivete and ignorance. Especially as a creator and a creative, I know that things don’t just come out of the ether. Someone injects the ether with their idea and from that injection, many things grow.

Enter Patrisse Cullers, Opal Tometi and Alicia Garza, the co-founders of Black Lives Matter and creators of the social media hashtag. Ms. Garza was not in attendance, but Ms. Cullers and Ms. Tometi were front and center talking about how the movement started, grew legs and became the rallying cry for those fighting for justice. They also spoke at length about how media entities, businesses and community organizations, both mainstream and independent, were publishing reams of content around the Black Lives Matter movement but had never invited its founders to participate in the conversations. How allies and enemies alike were co-opting the work of the movement, adapting the message and creating alternative narratives, asking the founders for advice without ever acknowledging the genesis of #BlackLivesMatter.

Of course, the founders quickly sprang into action, solidified their ownership and authorship and have since become diligent in protecting the integrity and mission of their creation.

Personally, I was struck by how often and how easily we give away our creativity and passions without forthrightly claiming ownership and authorship of our ideas and demanding credit be given where due. You have a right (and duty) to claim your babies because if you don’t, someone will come along, take over your sh*t and act like they never even saw you.

Which dovetails perfectly to my #1 Takeaway from BlogHer15.

My favorite message from the conference was brought so powerfully and eloquently by none other than the award-winning director of Selma and the founder of AFFRM – The African American Film Festival Releasing Movement, Ava DuVernay.
I can not tell you how many, many ideas, inspirations, callings, and longings I’ve put on the back burner or the no burner because I had been waiting for someone to say it’s okay to go for it. I don’t even know who the hell that someone is but so help me, I’d be waiting for the signal, the nod, the word. Even though I think of myself as a fairly self-directed person, I must cop to the fact that I wait for an OK or an approval or evidence of someone else doing it before I give myself permission to proceed. What is that?!
I don’t know but it’s over now.
Ava’s journey is unique among women in film and particularly unique among black women in film and for that, I give all hails. She is doing what she wants, the way she wants and I imagine, she rests easy with the certainty that her name is attached only to work of which she is proud and that will endure. She is unafraid to play with the big boy’s toys and feels completely entitled to do so.
'Stop waiting for permission.' - @avaClick To Tweet

Be your own expert, own your work and don’t wait for permission. Three inspiring messages that will stand me in good stead for years to come. I hope they’ll do the same for you.For more information on the BlogHer Conference and SheKnows Media visit the BlogHer site.