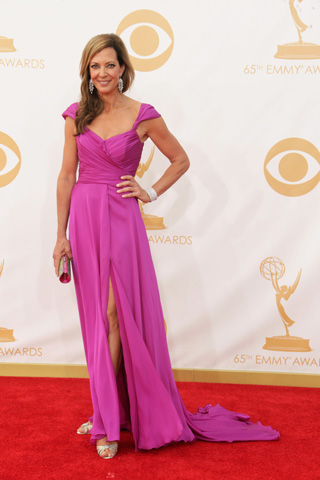 We’re back on the awards show red carpets, the place where my worlds happily collide! The 65th Annual Emmy Awards will probably go down in history as one of the most depressing awards shows ever but the celebs arriving in their red carpet finery didn’t disappoint! There was a little wackiness, looking at you Lena Dunham, and some folks played it kind of safe, a la Tina Fey in bespoke Narciso Rodriguez, but all in all it was a good night for Hollywood style. Here are some of my favorites from the 2013 Emmy Awards!

Allison Janney was radiant in this fuchsia gown by Lorena Sarbu. The dress was really similar to her fellow presenter Ana Faris’ yellow Monique Lhuillier number and I couldn’t help but wonder if they had coordinated in some way. Probably not, but the thought did occur to me. 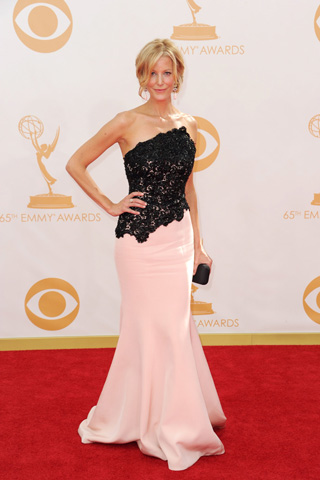 Love the silhouette of this Romona Keveza on Breaking Bad’s Anna Gunn. Feminine, delicate and strong. 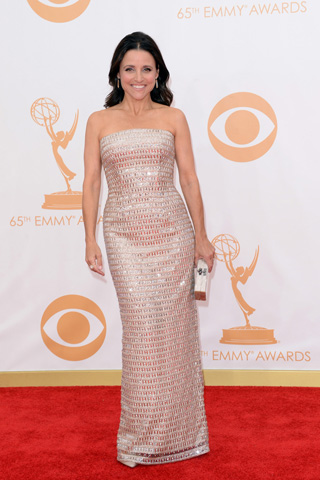 Julia Louis-Dreyfus dazzled in this Monique Lhuillier. One of my favorite actresses wearing one of my favorite designers. Heaven! Julia’s acceptance speech was a highlight of the evening! VEEP all day long! 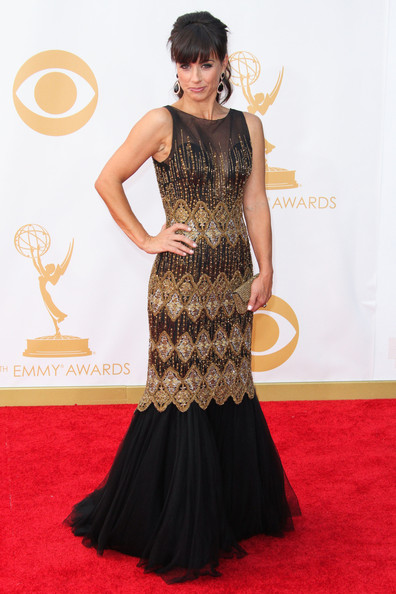 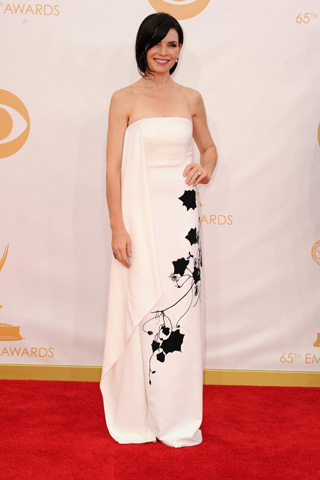 Julianna Margulies in Reed Krakoff, one of many repping the black and white trend. 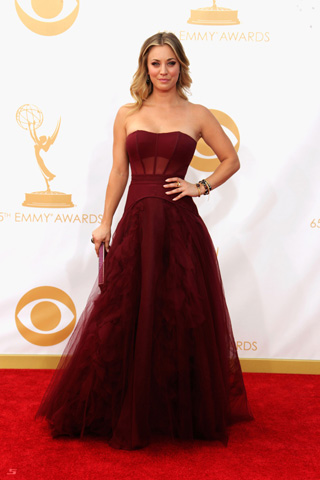 Kaley Cuoco was lovely in Vera Wang. The dress had some fit problems under her arm when she presented but was stunning nonetheless. 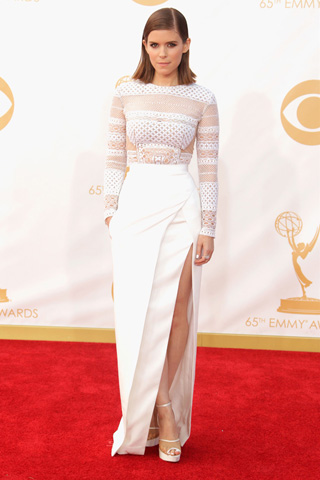 Loved this look by J. Mendel on Kate Mara. 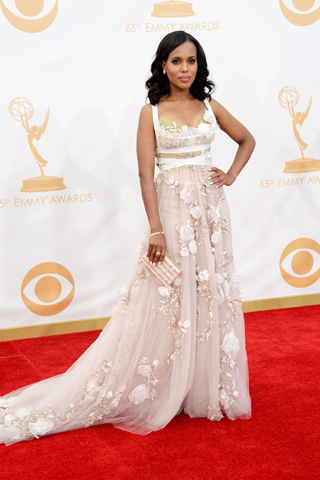 And of course, the best dressed woman in the world, Kerry Washington in Marchesa. True to her ‘Gladiator in a White Hat’ roots, she was stunning. 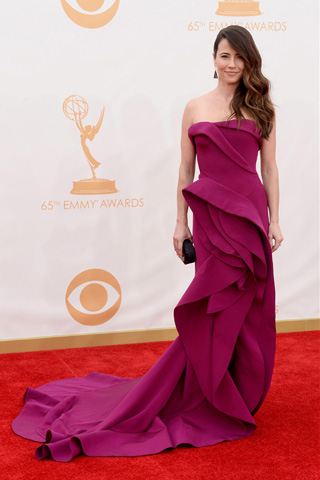 Linda Cardellini in Donna Karan Atelier. The color, the structure, I’m in love. 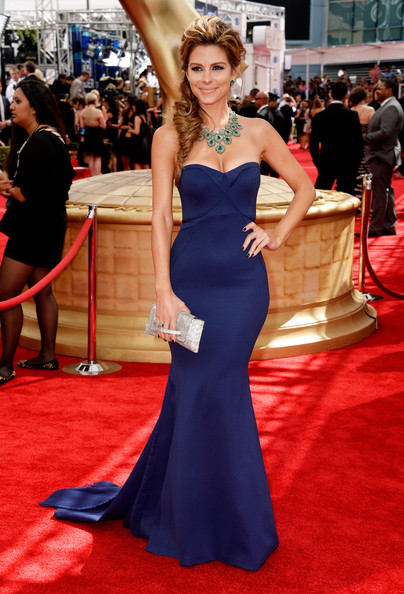 Maria Menounos in Zac Posen. I’m loving inky blues for fall and this is done to perfection. And talk about a statement necklace. Wowzers! 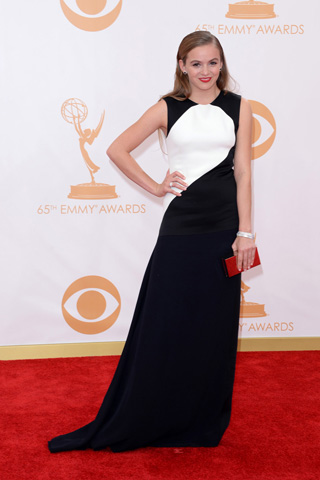 And honorable mention, Morgan Saylor in Honor. I love the illusion.
That’s it for my picks for best dressed at the 2013 Emmy Awards! Who were your favorites for the evening. Sound off in the comments!
RELATED CONTENT